Hello everyone! Today, we are going to be dealing with the management of applications of your Android phones which are almost of no use in your daily life.  Wait, are you thinking that you already know it?! We are not talking about the third party applications here.  Read More : Adding IR Sensor For Your Android Phone | As Remote

Instead, we are mainly concerned about the applications which come as pre-installed in your phones. You must be aware of the fact that you cannot delete such applications. The option of delete/uninstall would be disabled for such applications. Those applications are called as “Bloatwares”. In this post, I’m going to walk you through the easy steps to be followed to get rid of all such Bloatwares by dumping them. Read More – Stock Rom vs Custom Rom 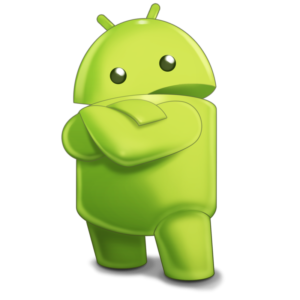 It is not that every application which comes as pre-installed is waste. There are many such applications which are very useful too. So, you should identify such apps which keeps popping out and irritating you. Also, the apps which you never use. Identify those apps to tell them an adios. I’m going to give you the detailed steps to be followed to delete/hide this. I have divided it into two parts. One for those who have rooted their phone already and the other for those who haven’t. Follow the same accordingly on your phone.

Hiding and disabling the bloatware apps from your phone:

I have already told you that I will be telling you the way to get rid of these apps from rooted and non-rooted phone. But, deleting the apps from non-rooted phones has the lesser chances of completely get a perfect solution for it. All you can do up to a maximum extent in non-rooted phone is that you can hide the app but not delete it. But, all Android phones don’t have the feature of hiding the apps. So, you should make sure that you have it on your phone first.  All the Samsung devices have it. Follow the given steps below to hide the apps if your phone is having it. 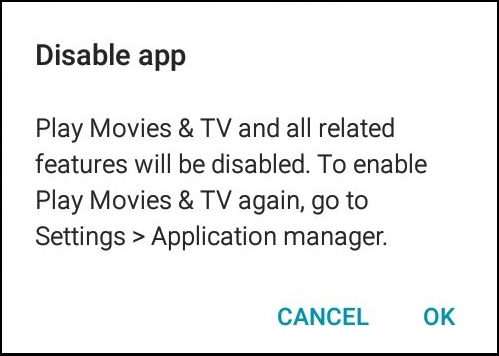 Open the application first and then tap on the menu button, usually it is located at the center in most of the phones, and then select “hide Applications”. Tick all the applications which you have identified to be useless to you and click on done. or Press and hold the app which want hide then you can see hide or turn off option.

This will result in all the applications’ will remove it from app list. But, it doesn’t mean that you got a release from them permanently. It will still be running in the background and would be consuming the RAM memory. But, you have avoided it to some extent. If you want the apps back at their places where it was before, then just click on show hidden applications and bring it back to home. 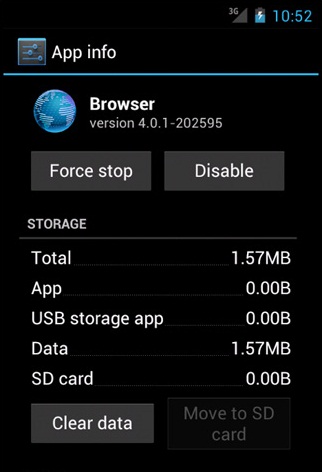 We have just hidden the app yet. Now, we are going to go a step ahead and put a full stop for its working too. Go to settings in your phone first, search for application manager and hit it. You could see the list of applications there. Search for the applications which you don’t want and tap on it to stop them to work anymore. Then, you will get an interface which shows Force stop. Click on it, to give an end to those apps.

Delete Bloatwares on the rooted devices:

Removing apps from your rooted phones is easier and stopping them for permanently is too easy in rooted phones. Rooted devices lets you keep the phone the way you want. You will have all the root access on your phone. You are free to roam to any corner of options in your mobile and are free to keep whatever and however you want it to be. Read More – Enable OTG support on Clone Samsung Galaxy Device

There are many applications available on the play store already which makes our work dead easy. But, one thing to be aware of. Rooting your phone will result in cutting down of the warranty. There are many ways to unroot too, but we can’t ignore the fact that it may keep up some trace when we roll back.

You can use some of the applications such as Root uninstaller, file explorer root browser or any other such apps. When you get the root access granted on your phone, then all the other works are easy 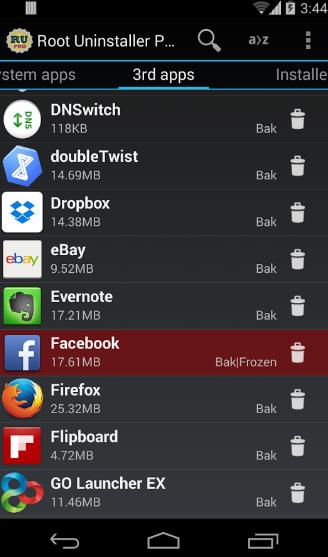 I hope this tutorial helped you in understanding the different complex things and getting rid of the bloatware apps. We have also made some tutorial and posts in the past; please go through them if you are interested. I have provided the links below. Cheers!

Tips To Find Anyone’s Phone Number By Their Current Address

Tips To Find Anyone’s Phone Number By Their Current Address