How to Flash Stock firmware on LG LMV405N V40 ThinQ

Flash Stock KDZ ROM on LG LMV405N V40 ThinQ :  Welcome back.  I’m going to discuss about different steps you should follow to flash stock firmware/ROM successfully on your LG smartphones/tablets. Android, being an open source that provides user to have a complete control on everything. We can root our device and flash Custom ROMs and that give us some enhanced features on our smartphones.

Why I want to Flash Stock Firmware

When a new mobile come up  with some higher features with high budget is launched, there will be too many third party developers who come out to give or enhance some extra features to the devices. Rooting your phone give results in losing the validity of the warranty which provided by your manufacturer. You can unroot the device whenever you want, but sometimes the device may also trace and the manufacturers might know. But rooting your device gives you many such features such as complete control on System apps or bloatwares, Mute notifications and lot more and it update your device to the recent versions all the time.

But having Custom ROMs in our phones or the process of it is not that easy as we say. One wrong step, and there you will be with your device bricked. In such cases, you should go for flashing stock firmware.

Few years ago, 2014 LG Flash tool is popular to flash the firmware on LG phones. But that app comes with lots of bugs like connection problems, hangs lots of time, not able to read the firmware. So after that, a new flash tool comes on the board and yes it is LGUP Tool. It is a small and bug-free tool for all the LG Android users.

Proceed at your own risk. flashstockrom.com will not responsible for any mistake and any damage that might occur to your device while performing the following operation. Don’t skip any step.

Download LG drivers, and LGUP. Make sure that you have the latest version downloaded and installed

Download the KDZ/TOT firmware for LG LMV405N V40 ThinQ, please choose right Stock rom for your device if not, the device may Hard break /Dead.

Download and Install LGUP.msi on your computer from which you are initiating the rooting from. 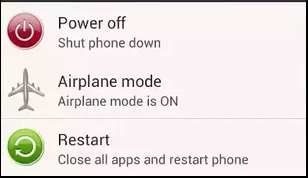 Connect your phone to the computer by using USB cable. 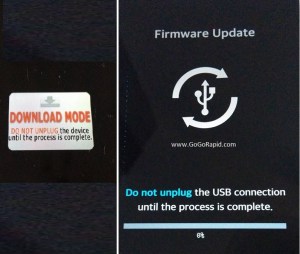 Open LGUP software on your computer

Choosing to refurbish, upgrade in LGUP:

In order, to upgrade to a new firmware, like moving from Marshmallow to Nougat, choose UPGRADE option.

For a full wipe and flash a clean firmware installation, and run again once you set it as above. You will notice now that the MM KDZ will still showing in the FILE PATH section. Now, select REFURBISH and make sure BIN file is ticked.

In order to downgrade to Lollipop from Android Marshmallow, select REFURBISH and make sure BIN file is ticked.

After opening, Click the start button to start the installation.

Wait for the process to complete. 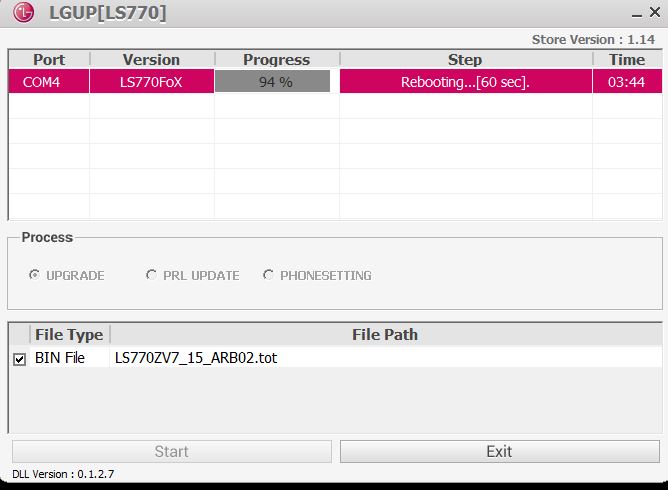 It will reboot automatically, if not reboot it your end.

Do it again with fresh Files. Your problem is persist then Leave a Comment With Full details about error. Then our team will help you. Or try LG Flash Tool 2014. you can find Full guideline from here about Lg Flash tool 2014

phone restarted itself but is stuck on the start up screen

Take these steps to get into Recovery Mode.

Didn’t help? then You can use Recovery Mode and Factory Data Reset to do so..

now my screen became consistently unresponsive to touch or power button controls. I did Factory reset also, but problem persist. If you face this kind of problem,

please Try to Factory reset. If it not works, then try to CSE flash. Not the normal Flash. If not works download another Stock Rom because that Rom may be damaged.

Connection to server failed. Try again in a moment

Now it says ” Connection to server failed. Try again in a moment” and my phone sucked in Download mode.

Don’t press Ok and please wait because still copying in the background window and on phone screen as well. however if not works then, Press power button and hold it till u get lg logo. any other problem? please comment us..

Problem with communication between cell phone and Pc

Yes you can. but you have to find the Stock or Custom Rom  then use above guideline.

revert back to the previous version of Android

it gives me Errors like “Model Information Check Fail!” I’ve tried again and again around 11 times but still errors (I was using original LG USB 2.0 cable and USB 2.0 port) so I’ve decided to try LGUP. But when I’m trying to install it, it also gives me error “Error 2503.Called Run Script when not marked in progress” and “Error 2502.Called Install Finalize when no install in progress” (I’m running Win 10)

I wait around minute or two after that seeing “Waiting for connection” in LG Flash Tool (TOT method). After reinstalling stock kitkat on my LG LMV405N V40 ThinQ. I’ve downloaded LG Flash tool 2014 from different source and flashed MM. Now everything works flawlessly.

There is a solution for you. try this and tell us your feed back – Link

Why is my device’s model not detected in LGUP?

Make sure your devices chipset is supported by UPPERCUT. All models and software variants may not be supported even though chipset is listed.
If you are using a properly working device with UPPERCUT but your device is still not detected in LGUP.you may have a “corrupted” misc partition…
As a last resort it has been confirmed in post #70 .That wiping misc will boot into download mode allows the device to be detected with UPPERCUT + LGUP 1.14. This may not work always and without rooting you can’t do this.

Why does this TOT file keep failing?

In most cases you’re either trying to downgrade and it has been blocked by your phones download mode (not anti-rollback fuse.. that is different)… OR you are trying to use a custom-made TOT file which is not official or signed by LG. Flash an official KDZ instead. Do not ask for KDZs in this thread.. not the place.

LGUP cannot detect my Device, shows the device as unknown model but correctly shows the comports

There is a solution for your LG LMV405N V40 ThinQ. Try this and tell us your feed back – Link

This is something I stumbled upon while trying to flash a kdz file to restore my LG LMV405N V40 ThinQ. I got an error and couldn’t able to flash the file Read More

Thank you for coming to our Page. If this page helped you , So then please share this website to all Social Medias like Facebook ,twitter and Reddit.. So then others also can find this  LG Guideline. Finally If you have any problem then don’t hesitate, feel free to leave a comment with Error Message.So one of our team member will help you as soon as possible.

Download and Install the LG TV Firmware Update via USB

Top 10 Phone Answering Services That Every Business Should Leverage

The Best Free Office Software You will Explore

What role do art and design play in business? Read Below